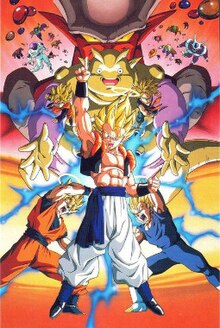 Dragon Ball Z: Fusion Reborn, known in Japan as The Rebirth of Fusion!! Goku and Vegeta is a 1995 Japanese animted fantasy action film and the 12th film in the Dragon Ball Z series. It was originally released in Japan on March 4 at Toei Anime Fair, and dubbed into English by Funimation in 2006, originally receiving a theatrical release along with Dragon Ball Z: The Return of Cooler before going to DVD.